The reason I wish to speak of this phone is that my Samsung Galaxy S10 got itself into a boot loop on the first day I went on annual holiday in England, and given that I have ‘stuff going on’ right now and that my holiday rental has no wifi, I needed a burner phone capable of acting as a wifi hotspot for my laptop. I went to the local Tesco Superstore and bought the cheapest PAYG phone they had capable of a wifi hotspot, which was the Alcatel 1 2021 edition for £30 if bought with £10 of credit, which gives me 20Gb of data for the next month (a good chunk of which I have already used in a few days).

The Alcatel 1 phone has a terrible phone experience. It runs Android 11 Go, the edition of Android for low end phones, yet using it is like treacle. Assuming its touchscreen registers your tap at all, it can take up to fifteen seconds to react to your tap because it it so underpowered. It is capable of 4G, but lacks the processing power to download more than 250 Kb/sec or so due to its hideously slow storage. It has a TN panel display with almost zero readability off centre, it cannot be read at full brightness in direct sunlight, and it regularly misreads taps on the wrong items because you tapped sooner than it was ready for. Browsing the web on this device is truly horrible. Apps with any weight to them e.g. WhatsApp spend most of their time appearing to have hanged before eventually getting there. Even non-internet phone calls the phone can take so long showing you the accept or reject display that the call may time out.

The frustrating thing here is that with just a few minor tweaks, the phone experience would be acceptable. It has a quad core ARM Cortex A53 at 1.4Ghz, sure this is slow, but I know from my Android TV sticks that the experience doesn’t need to be like this. I would suspect that the storage is particularly shit, and if they fitted slightly less shit storage, the experience would be considerably better.

Equally, probably the £30 price tag would then get exceeded. I note that the next cheapest wifi hotspot capable phone that Tesco do is the IMO Q4 Pro for £60, double the cost of the Alcatel. For that you get on paper similar hardware specs, yet online reviews say it doesn’t suck anything like as much. I suspect that the cost difference went into storage and the higher resolution screen which is also IPS rather than TN, plus a bigger battery and better cameras. It sounds like an actually usable device as a daily driver, not masochistic like the Alcatel 1. Equally, for just £20 more again (£80), you can get yourself a Motorola e20 which has ARM Cortex A72’s and very decent hardware specs for that price point. As in, hardware specs which would have been near flagship apart from the screen only two years ago, though specification isn’t necessarily quality, albeit online reviews are extremely positive for the e20 for its price point.

As much as I am ragging on the Alcatel 1, I would have to say it is a whole lot of phone for the money. It does have a working GPS and Maps navigation, though I note that one’s position randomly wanders by about 20 metres, it does work. It does take pictures both front and back which are better quality than you’d think for a device at this price point: here is the ocean outside our rental plus a picture of me with Julia: 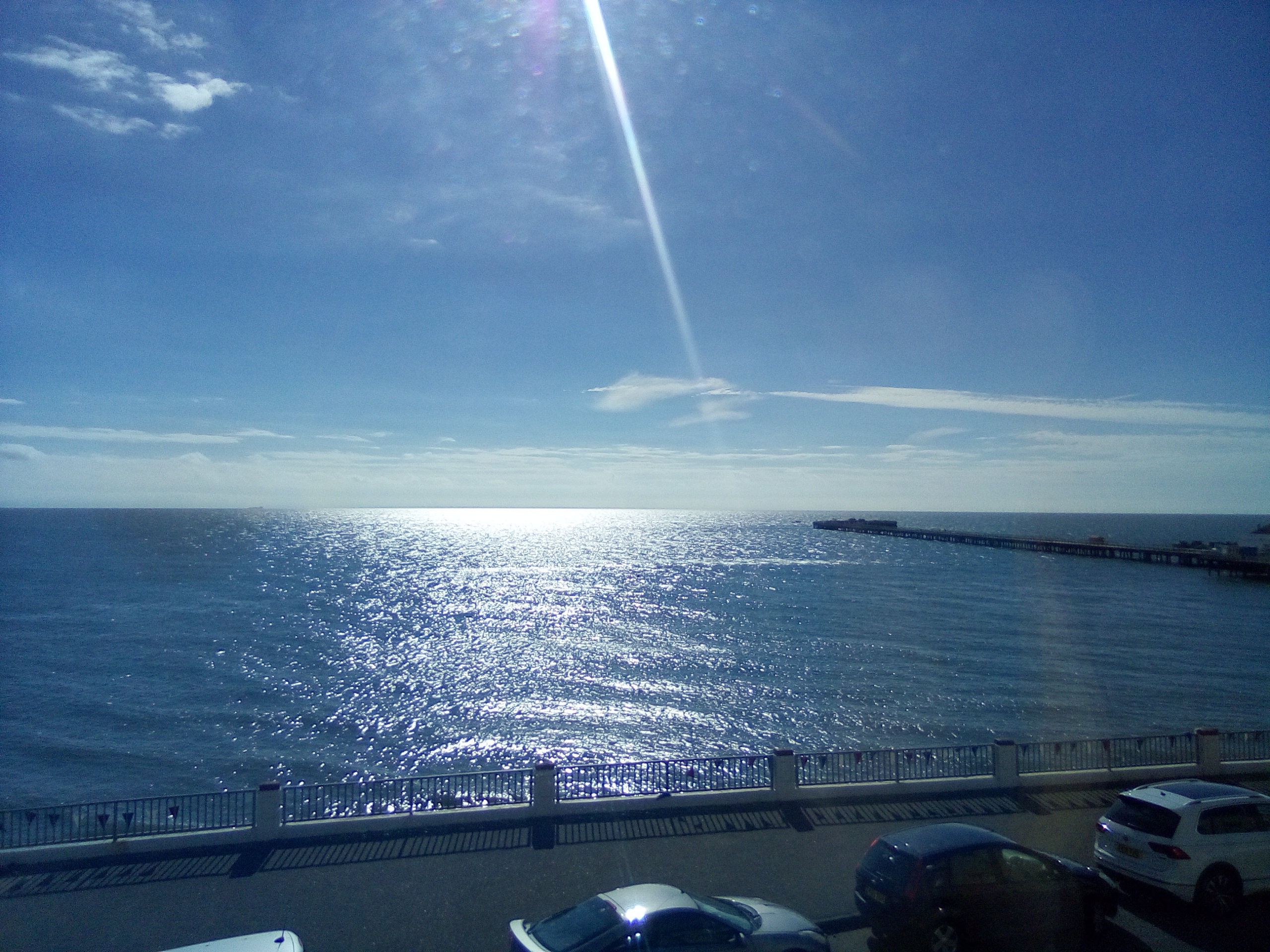 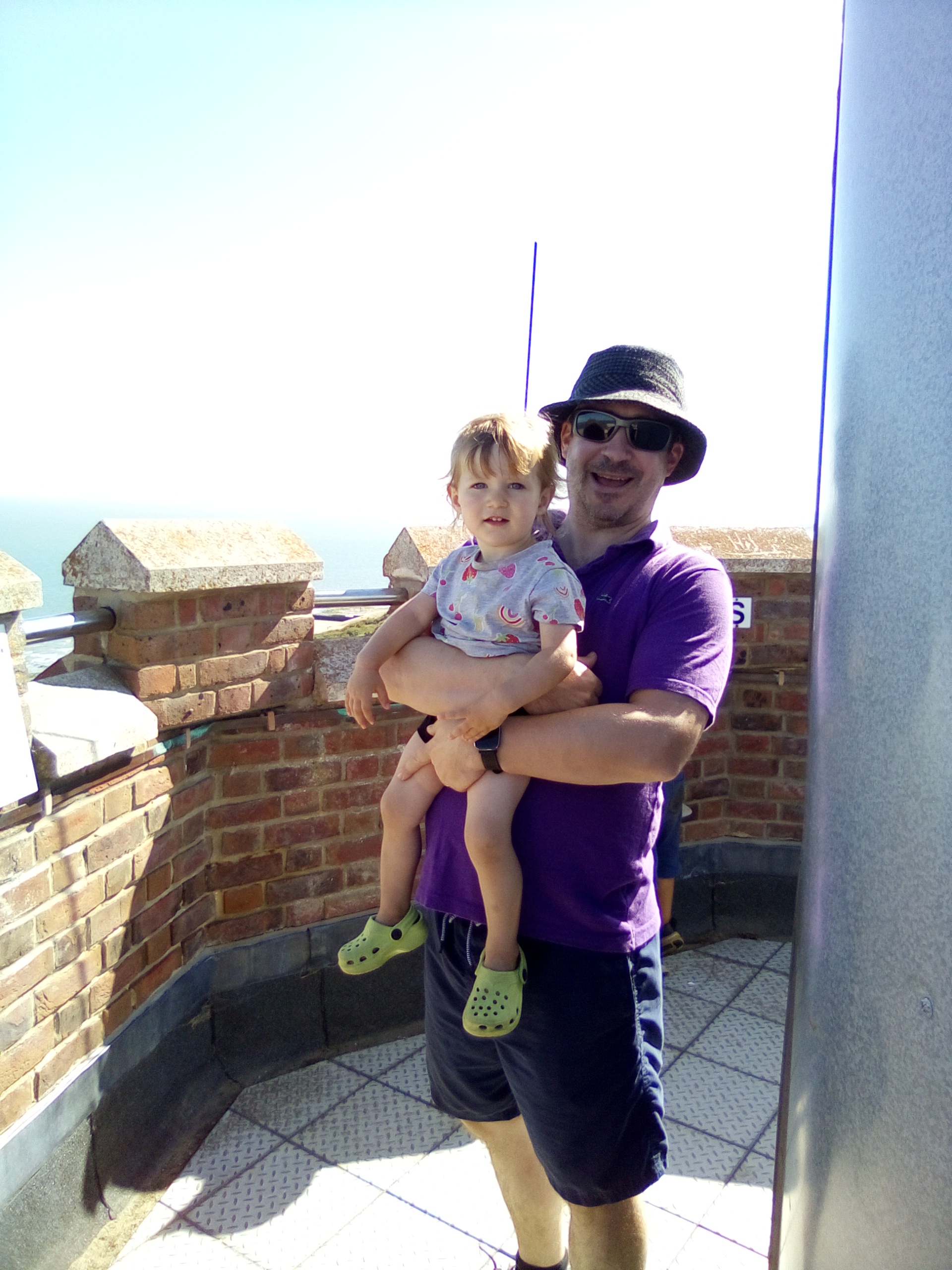 Those are not half bad considering. The latter picture was taken facing into sun, yet it did a surprisingly good job with applying dynamic illumination to the dark parts of the image.

Furthermore, it does make and take phone calls. You can send messages with it. It is a surprisingly good wifi hotspot, I get far better speeds from my laptop than it itself can do, I suspect because the wifi hotspot to 4G connection doesn’t touch its crappy storage.

Given that a decent dedicated wifi hotspot with 4G capability costs a lot more than £30 and doesn’t come with a battery, on that basis the Alcatel 1 is the best battery powered 4G wifi hotspot on the market by a long mile. On that assessment, this is a great bang for the buck device. Equally, I really hope that the next revision of their hardware chooses better storage. It would make one hell of a difference in usability as a phone. For now, this phone is very much a ‘little engine which could’ experience, as in, you’ll get there eventually, but you’ll be waiting a while.