Sunday 31 May 2020: 23:37. It is June, so here is the latest update to my annual comparison of storage bytes per inflation adjusted dollar for magnetic hard drives, flash SSDs, and Intel Optane XPoint devices (you can find all the past posts here): 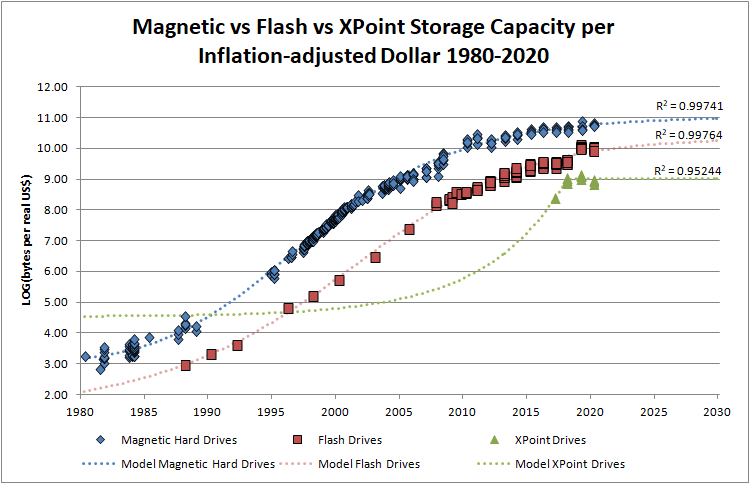 Last year we had a worldwide glut of flash memory, which led to unusually keenly priced SSDs, as can be seen from the graph above. It would seem that Intel adjust Optane X-Point to match SSD pricing, as this year they have increased pricing by exactly the percentage that SSDs have risen, which is surely no coincidence. This, in turn, has led to the logistic model regression curve for X-Point to gain quite an unusual predicted incline, but those there are the stats given current data. In any case, SSDs are expected to not become any cheaper next year, in order to remain upon their predicted curve.

Hard drives have come out as predicted, however. And SSDs remain predicted to eventually match magnetic hard drives, though many decades from now.